Autism vs. Down Syndrome 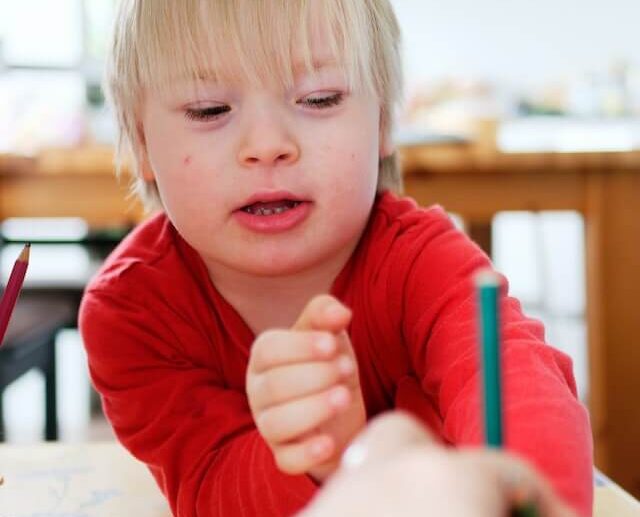 Over the past few years there has been a growing number of children who are being diagnosed with both Down syndrome and autism. However, these are two co-existing conditions that while are both characterized by developmental delays, are actually very different. Here’s what to know about each of these conditions.

Autism Spectrum Disorder (ASD) and Down syndrome (DS) are not the same condition and aren’t necessarily related. However, the two conditions can occur together in some children. About 20% of people with down syndrome are also autistic, but they are not mutually exclusive.

Autism, or ASD, is a neurodevelopmental condition that can impact a person’s abilities in language, social interaction and behavior. People with ASD can have a broad range of traits and can seem completely different from one another. As the name suggests, autism is a spectrum and can vary not only in behaviors but in severity as well.

Approximately 1 in 44 children today are diagnosed with ASD.

Autism must be identified by a doctor who will observe and assess a child’s behavior and developmental history. Typically, ASD behaviors can be first noticed in children who are as young as 2-years-old. However, there are some individuals with autism that aren’t identified until they are much older. Some individuals don’t get an official autism diagnosis until they are adults.

It is impossible to tell that a person is autistic just by their physical attributes. Autism is entirely classified by behaviors.

Down syndrome is a chromosomal condition, unlike ASD that is neurodevelopmental. Down syndrome is currently the most common genetic disorder in the United States and impacts approximately 1 in 700 babies born today.

Down syndrome is not hereditary but can be discovered in prenatal screenings, the diagnosis is quite straightforward and varies among individuals. It can often be the cause of lifelong learning disorders, intellectual disability and developmental delays. Depending on the severity of the condition, individuals with down syndrome may also have additional health problems including heart defects.

Most individuals with Down syndrome have distinct facial features that include:

These facial features may also vary between individuals with DS.

Causes of Both Autism and Down Syndrome

There are different situations that can cause autism as well as down syndrome. Multiple factors can contribute to the cause of autism, including:

There is still a lot of research that needs to be done on autism and what does (and doesn’t) cause this condition.

Down syndrome, on the other hand, is a chromosome disorder that occurs more frequently in pregnancies with mothers who are age 35 or older. Although it can occur in any woman no matter what their age. There are three primary types of chromosomal disorders that cause down syndrome.

These are some of the most commonly known causes of both autism and Down syndrome—but it is also important to know some of the symptoms of both of these conditions.

Symptoms of Both Autism and Down Syndrome

On the other hand, individuals with mild to moderate down syndrome typically understand social cues and can participate in social situations more easily.

Individuals with autism, on the other hand, develop language more typically to that of developing children, although they may struggle with more complex terms or words or speak with a certain delay. However, individuals with down syndrome may just try to copy others and engage in parallel play or act as though other people are inanimate objects.

Shared Traits of Autism and Down Syndrome

The good news is that there are so many new resources available both for those with Down syndrome as well as those with ASD. This means families can have the additional support they need in order to navigate the unique challenges that come with both of these conditions.