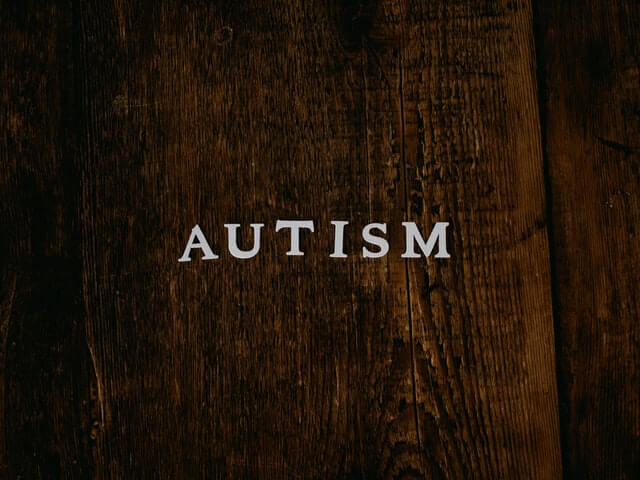 Autism is a spectrum disorder with a range of severity levels. Children diagnosed with low functioning autism have greater challenges with communicating and social interactions and need more support than other autistic children. This article will help you gain a better understanding of low functioning autism and available treatment options.

What Is Low Functioning Autism?

Children with low functioning autism have the most severe symptoms of the condition and often suffer from some form of intellectual disability. They are usually unable to live independently and require intensive therapy and round-the-clock support with basic activities.

Low functioning autism is a term that describes children diagnosed with level 3 of autism spectrum disorder, the most severe form of the condition. Their symptoms are more pronounced and severe than in other children with autism. In addition, they have more difficulties coping with and controlling these symptoms.

Children with high functioning autism, on the other hand, are diagnosed with level 1 autism spectrum disorder. Unlike children with severe autism, they don’t have any intellectual disabilities. Although they may still experience significant challenges when it comes to communication and social interaction, they can learn how to overcome or control their symptoms and lead independent lives.

Children with autism are often described as being either high or low-functioning, however, these are not official diagnoses within autism spectrum disorder. Most autistic children fall somewhere in between the two categories, which means that they are low functioning in some areas and high functioning in others.

In the following section, we focus on the common signs of low functioning autism.

The signs of low functioning autism can include some or all of the typical autism symptoms, such as:

However, these symptoms are more pronounced and severe than in other children on the spectrum.

For children with low functioning autism, social interactions are extremely difficult and they may never develop social skills. They typically show:

While many autistic children have some challenges with communication, those with low functioning autism more often experience speech delays and speech regression. They may speak with a monotone voice or singsong rhythm, or repeat the same words or phrases without understanding what they mean.

In addition, they may struggle with:

A large percentage of children with severe autism remain nonverbal and have to learn alternative ways to communicate.

Aggressive behaviors are common in children with severe autism. Typical behavioral issues include:

Almost all autistic children have some degree of sensory processing difficulties. Children with low functioning autism often find physical touch distressing and become overwhelmed when exposed to bright lights, crowds, or loud noises. In addition, their movements can be clumsy, stiff, or exaggerated, due to their hyper-awareness of movement and sensation.

Does Autism Worsen With Age?

There are very few scientific studies that have examined whether autism improves, stays the same, or worsens with age. According to one large study on the subject, about 10% of autistic children showed significant improvements of their symptoms over time. This was particularly the case with children with a high IQ who received intensive therapy. At the same time, approximately 80% of the children showed little or no change at all.

In other words, it is uncommon for autism symptoms to worsen over time. On the contrary, with early intervention, suitable therapies such as ABA therapy, and increased parental engagement, symptoms can usually improve with age.

When Should You Have Your Child Screened for Autism?

Children with autism spectrum disorder don’t meet neurodevelopmental milestones on time and experience severe communication and behavioral challenges from a very young age. That’s why it is often possible to identify autism symptoms already in infancy or early childhood.

Some clear, early signs that an infant or toddler may have autism include:

In older children, typical signs of autism include:

You should get your child screened for autism if you notice two or more symptoms, regardless of their age. The earlier a child is diagnosed and starts receiving therapy, the more likely it is that their symptoms will improve.

How is autism diagnosed?

The doctor will usually start by observing your child’s behavior and using a questionnaire to assess their verbal and nonverbal communication skills.

Low functioning autism is diagnosed based on three criteria:

How early can autism be diagnosed?

In some cases, it is possible to detect autism in children as young as 18 months. However, most children get tested around the age of 2 and receive the final diagnosis when they are older. An autism diagnosis is usually reliable for children who are age 2 or older.

How is the level of autism determined?

There is no specific test that would show with certainty a child’s level of autism. Doctors and psychologists have to spend time with the child to observe their behavior, so that they can determine the level of their emotional and social development.

What Are the Most Common Comorbid Conditions for a Low Functioning Autistic Child?

Children with low functioning autism often have other health challenges, referred to as comorbid conditions. Physical and psychological comorbid disorders in children with autism can range from asthma and allergies to epilepsy, sleeping problems, and some genetic disorders. These conditions can present additional challenges, such as further developmental delays, speech and language issues, motor skill problems, and reduced cognitive abilities.

Anxiety is common in children with ASD. Research has shown that up to 40% of young people with autism suffer from high levels of anxiety and have some type of anxiety disorder. The severity of this condition depends on the child’s age, level of cognitive function, and degree of social impairment.

Depression is one of the most common comorbid ASD disorders, particularly among adolescents. Up to 70% of children with autism are estimated to suffer from depression, however, the condition often manifests itself as insomnia and restlessness, rather than the feeling of sadness.

Epilepsy is a disorder that involves seizures due to abnormal brain electrical activity. A long-term study has demonstrated that 22% of autistic children aged 10 or older develop seizure activity. Girls with low functioning autism and weak verbal skills experience the most seizures.

Around one in four children with autism experience gastrointestinal problems, such as abdominal pain, diarrhea, constipation, and bloating. This may also be due to nutritionally poor diets, as many children with autism eat only a few foods (known as selective eating) or prefer highly processed foods to fresh fruits and vegetables.

Obsessive-compulsive disorder is characterized by the presence of obsessive thoughts and the compulsion to perform certain actions. Approximately 30% of autistic children have a comorbid OCD diagnosis. They typically become upset and aggressive if someone attempts to prevent these behaviors.

Sleep disorders are common in children with autism, possibly due to abnormalities in circadian rhythms and melatonin production in the brain. Children with low functioning autism may suffer from insomnia, difficulty falling asleep, waking frequently during the night, and sleep apnea.

Children with autism are at least twice as likely to suffer from asthma than children with no developmental disabilities. Some researchers believe that asthma and autism may have some common genetic underpinning.

Allergies are found to be more common in children with autism than in their neurotypical peers. Autistic children are more likely to have skin, respiratory, or food allergies, although no common cause has been found behind these conditions.

Childhood-onset schizophrenia or abnormal interpretation of reality, as well as some other types of psychoses, are often preceded by a diagnosis of autism spectrum disorder.

Most children who are diagnosed with autism have unusual responses to sensory stimulation and suffer from sensory disorders. They are either oversensitive or undersensitive to noise, bright lights, touch, smell, or taste.

ADHD, a condition that involves hyperactivity and difficulty maintaining focus and attention, commonly co-occurs with autism.

Neuropathy is nerve damage that causes weakness, pain, or numbness in the extremities. It often appears as a comorbid condition with autism spectrum disorder.

Tuberous sclerosis, a rare genetic disorder that causes the development of benign tumors in the brain and other organs, has a strong correlation with autism. Children with low functioning autism are more likely to have this comorbid condition than others.

Children with autism are at a higher risk of having neurofibromatosis type 1, a multi-system disorder caused by a genetic mutation, than neurotypical children. This disorder is also a known cause of ADHD.

Applied Behavioral Analysis (ABA) therapy is one of the most successful interventions for teaching children with autism desired behaviors. It can help them acquire and maintain basic skills, learn how to manage some of their symptoms, and perform daily life tasks, for example:

Early intervention is the key to helping children with autism improve their symptoms regardless of the functioning level. However, progress in children with low-functioning autism can be extremely slow and demand a lot of effort and patience. Children with severe autism may require up to 40 hours of ABA therapy per week for several months and even years before you can see any significant progress.

How does it work?

Golden Care Therapy is a team of dedicated and experienced ABA therapists who provide service to children diagnosed with autism spectrum disorder and their families throughout the state of New Jersey. Our use of scientifically proven ABA methods will make a positive difference in the life of your child with severe autism. Our numerous five-star reviews and success stories are here to prove it.

ABA is a highly adaptable and flexible intervention tailored for the specific needs of each child with autism. To begin with, an ABA therapist will spend some time with your child, analyze their behaviors, and determine their strengths and challenges, before making an assessment that will serve as the basis for the intervention. The therapist can then create a custom treatment plan that will meet your child’s goals.

Your child will be assigned a team of certified BCBA and ABA therapists who will work together to provide comprehensive, personalized treatment. Therapists will also track your child’s progress along the way and make adaptations to the plan as necessary. At Golden Care Therapy, we make modifications as the child changes and grows to ensure that they’re always ready to achieve the next level of success.

ABA therapists use a range of different techniques to help children with low functioning autism improve their symptoms:

Children with low functioning autism may require one or more supplementary treatments in conjunction with ABA therapy to help them complete daily activities, cope with sensory issues, and improve their language and communication skills.

In addition to ABA therapy, your child’s treatment plan may include:

If you are ready to work with the best ABA therapy provider in New York and New Jersey, give us a call at (732) 402-0297. Our dedicated team is ready to help and we will treat you like family.