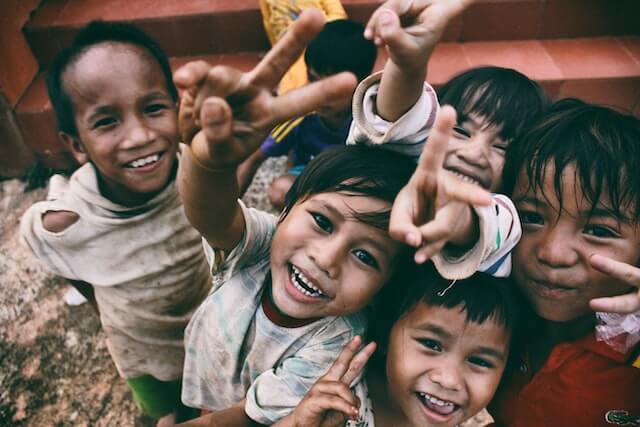 Since autism was first documented, there has been a long-standing relationship between macrocephaly and autism. This relationship is evidenced by the fact that some children with autism have considerably larger heads than their peers of the same sex.

With that said, there’s still a lot of controversy about this finding. Read on as we evaluate the relationship between macrocephaly and autism in children.

Is Macrocephaly Associated With Autism?

The brains of children with autism undergo a dramatic growth spurt in the first year of their lives. This abnormal growth makes their heads significantly larger than those of normal infants.

This difference in head size emerges long before any behavioral symptoms of autism. Therefore, it can be an effective way to make earlier, better diagnoses, allowing earlier treatment and management. Here are some general statistics on the association of macrocephaly with autism.

A 2015 study looked at over 200 pieces of research on brain size and head size in individuals with autism. In the report, the scientists concluded that people with autism had notably bigger head circumferences than others. A little over 9% had brain overgrowth, and 15.7% had actual macrocephaly.

Other research estimates that up to 35% of individuals with autism have an abnormally large head size.

Advancements in brain imaging technologies like MRI have enabled scientists to study the relationship between head size and autism more efficiently. In their research, scientists have found that macrocephaly in children with autism is not caused by excess fluid or non-brain tissue. Rather, it is caused by a larger brain volume.

In a report, Courchesne et al. (2001) found that 90% of adults with autism had slightly bigger brain volumes in their childhood. That said, one question remains constant: why is there a connection between the two conditions?

Why Is There a Macrocephaly-Autism Connection?

The connection between autism and macrocephaly boils down to genetics and general overgrowth.

While there isn’t any conclusive answer on how genetics contribute to macrocephaly in children with autism, one study points to a gene mutation. In a clinical study, scientists examined 33 patients with autism and macrocephaly aged between 2 and 18.

The researchers found that the participants’ head size was at least the 90th percentile of their age group. Among the participants, five of the children with autism had mutations in their PTEN gene.

The PTEN gene is responsible for making the enzyme that suppresses the growth of tumors and regulates cell division. Additionally, one of the five children had extreme macrocephaly. This typically means that their head size was above the 99.7th percentile.

With that said, children who had disproportionate macrocephaly did not display this mutation. Researchers are still trying to figure out why these differences exist. But a popular theory is that the difference might be a result of a separate genetic source behind the patients’ autism and/or macrocephaly.

A 2011 study revealed that general overgrowth of the whole body might be a sign of autism. However, the study was not conclusive since the only participants in the study were boys.

The research looked at 184 boys. Ninety-eight participants had autism or PDD-NOS diagnosis, while 31 had a global developmental delay or other mental difficulties like attention deficit. Moreover, 55 of them were typically developing children.

Further analysis of the research revealed that the participants with autism with the most extreme overgrowth also had more intense autism symptoms by the age of two.

The research concluded that although not all children with autism present signs of overgrowth, accelerated growth may accompany a more severe form of autism.

Does Brain Overgrowth Cause Autism?

A 2003 study suggests that there are four stages in brain development in individuals with autism. According to the study, the brains of infants with autism are actually smaller than average neurotypical infants at birth.

This is followed by a rapid brain overgrowth within the first year of their lives during the second stage. This rapid growth slows during the third stage, such that their brain size is almost at its maximum at the age of four or five.

The aforementioned ‘maximum size’ is actually close to that of neurotypical brains. However, children with autism typically reach it eight years earlier than normal.

This is followed by a fourth phase, characterized by a gradual decline in brain volume from childhood to adulthood. The decline persists until the autistic brain is almost similar in size to a neurotypical brain.

The results of the study suggest that the early period of brain growth may cause, or at least contribute to, autism. According to Eric Courchesne, an American-based researcher in autism, the developing human brain is designed to benefit from an extended period of experience-guided growth. During this stage, children get the chance to grasp the social, cognitive, and linguistic skills many children with autism struggle with.

Scientists speculate that this period is compressed into a shorter time frame in children with autism. This causes the infant to become overwhelmed and withdrawn. Ultimately, it causes them to miss out on the early development of social, linguistic, and cognitive skills.

Is Macrocephaly a Problem?

Macrocephaly is generally harmless and shouldn’t cause a problem for children with autism later on. That said, macrocephaly can be caused by other factors besides family traits and autism.

Therefore, it is advisable to keep an eye out for the following symptoms to make sure your child’s macrocephaly isn’t due to something more serious.

The factors above could indicate issues such as extra growth of the skull bones, harmful excess fluid, or other problems.

The relationship between abnormally large head size and autism has puzzled scientists for decades. A vast majority of children on the spectrum have noticeably larger heads. Although there’s no definitive answer on why it occurs, researchers believe that accelerated brain growth may explain symptoms of autism.

As it is a generally harmless condition, you shouldn’t be alarmed if your child with autism has macrocephaly. However, it’s always advisable to seek medical advice to determine the cause of the condition.