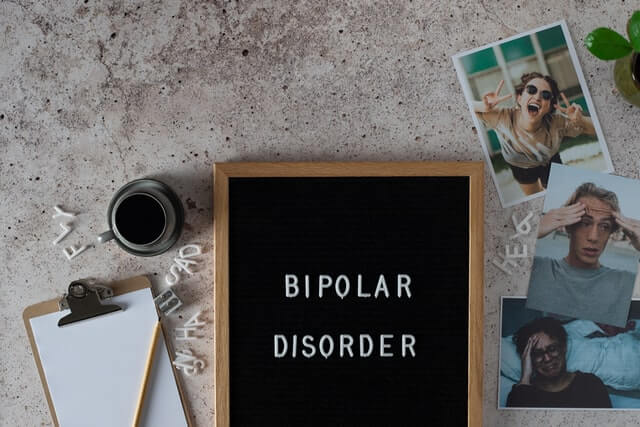 Bipolar disorder is a relatively common form of mental illness in individuals with autism. Although the two disorders share certain symptoms and genetic causes, they are not the same.

In this article, we shed light on the co-occurrence of autism and bipolar disorder, their overlapping symptoms, and available treatments.

Bipolar disorder is a common psychiatric mood disorder, in the past known as “manic depressive illness.” Approximately 2.3 million Americans are currently diagnosed with bipolar disorder, out of which 1%-3% are adolescents. This disorder is not common in children.

Individuals with bipolar disorder alternate between two extreme emotional states: manic and depressive. Manic and depressive episodes can happen over several days, weeks, or months. Some people have fast and frequent mood swings, called rapid cycling, although this condition is rare.

The dramatic mood shifts typical for bipolar disorder can affect every aspect of a person’s daily life, including behavior, energy levels, judgment ability, sleep, and performing everyday tasks. This is a chronic condition that requires life-long treatment.

Manic episodes are periods of excited behavior that last for a week or more. A milder version, hypomania, lasts for a few days. People who experience manic episodes feel euphoric and full of energy or are extremely irritable.

Symptoms of a manic episode may include:

Depressive episodes are characterized by extreme sadness and the feeling of hopelessness. Most bipolar people experience episodes of mania and depression, but some may have very few depression episodes or none at all.

Symptoms of a depressive episode may include:

Are Autism and Bipolar Disorder Related?

Autism is a neurodevelopmental disorder characterized by socialization and communication difficulties, in addition to repetitive and obsessive behaviors. Bipolar disorder involves mood swings and significant variations in energy levels. Both disorders can interfere with normal daily functioning.

The connection between the two disorders is not well understood, however, some studies have suggested that autism and bipolar disorder may share underlying genetic risk factors. People who have a close family member with bipolar disorder are at a greater risk of developing autism.

The difference between autism and bipolar disorder is not always clear, as individuals affected by these two conditions may behave in similar ways. Here are some aspects to consider:

Although bipolar disorder and autism are two distinct diagnoses, they have many similarities and overlapping symptoms. Here are the most common ones.

Overlapping symptoms for autism and bipolar disorder may include:

Individuals who are diagnosed with both conditions are likely to present the following symptoms:

Applied Behavioral Analysis (ABA) therapy is the most successful intervention for treating autism. It focuses on teaching communication and social skills, coping with sensory issues, and performing daily tasks through positive reinforcement of desired behaviors.

With intensive early intervention, close to 50% of autistic children who go through ABA therapy see significant improvement in their symptoms and reach a development level where they are indistinguishable from their neurotypical peers. Young children should receive at least 25 hours of ABA therapy per week for maximum effect.

Depending on their level of functioning, individuals with autism may also require supplementary treatments, such as developmental and play therapy, speech therapy, sensory integration therapy, social skills training, and dietary intervention. When medications are used, they include anti-anxiety drugs and second-generation antipsychotics.

Bipolar disorder is treated with a combination of lifestyle changes, cognitive behavioral therapy (CBT), and medications to help control symptoms of manic and depressive episodes. Medications may include antipsychotic drugs, mood stabilizers such as lithium, as well as some anti-seizure drugs. With adequate treatment, most people with bipolar disorder are able to live normal, productive lives and control their illness.